Home Wildfire The Zogg Fire is fully contained after claiming 4 lives and scorching more than 50,000 acres

The devastating Zogg Fire, which killed four people and scorched more than 50,000 acres in Northern California’s Shasta County, has been fully contained, according to a news release issued by Cal Fire Tuesday.
“Full containment has been reached,” Cal Fire said in the release. “Firefighters will continue to patrol the area in the upcoming days.” The containment is welcome news as thousands of firefighters continue to battle blazes throughout the state ahead of forecasted high temperatures this week. A Red Flag warning is in effect in parts of northern California from Wednesday through Friday as gusty winds and low humidity create critical fire weather conditions.

The fire is one of at least 8,000 incidents reported by Cal Fire to have burned a record 4 million acres and claimed the lives of 31 people this year. The Zogg Fire and nearby Glass Fire erupted on September 27 and quickly grew, prompting an emergency declaration from Gov. Gavin Newsom. The Glass Fire, which has burned through more than 67,000 acres in wine country, is now 97% contained, according to Cal Fire.
High winds and low humidity exacerbated conditions in the state this fire season, fueling five of the six largest wildfires in California history. 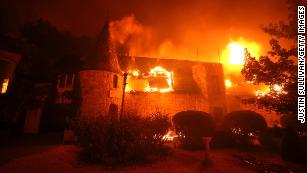 Famed California winery destroyed as fast-moving fires take over wine country. There are 74 major wildfires burning across the country, 19 of them in California, according to the National Interagency Fire Center (NIFC).
Firefighters from multiple agencies nationwide, along with Canada and Mexico are continuing to support fire suppression efforts in northern California, NIFC said.

Before it was contained, the fast-moving Zogg Fire torched 56,338 acres, destroyed 204 structures and damaged another 27. The blaze claimed the lives of four people. Earlier this month, the Shasta County Sheriff’s Office announced the identities of three fire victims, all from Igo, California. 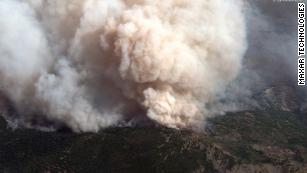 California fire is now a ‘gigafire,’ a rare designation for a blaze that burns at least a million acres Karin King, 79, and Alaina Michelle Rowe, 45, were both found deceased on September 28, the release said. Kenneth Vossen, 52, also of Igo, was transported to UC Davis Medical Center in Sacramento the day the fire started and died of his burn injuries two days later. A minor was also killed in the fire but authorities will not identify the victim because of their age, CNN affiliate KCRA reported.

Cause of fire still under investigation

California utility PG&E was ordered by a federal judge this week to “explain its role in the ignition of the Zogg Fire” after investigators began examining the utility’s equipment for a possible link to the blaze. The utility has been performing partial shutoffs in the area during wind events in the state to prevent its equipment from sparking fires like the 2018 Camp Fire, which killed 84 people. 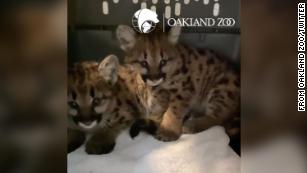 Oakland Zoo takes in two more mountain lion cubs rescued from a California wildfire
PG&E pleaded guilty in June to 84 counts of involuntary manslaughter and one count of unlawfully starting the Camp Fire, the deadliest blaze in the state’s history.
Investigators with the California Department of Forestry and Fire Protection determined that PG&E was responsible for the Camp Fire after electrical lines owned and operated by the utility started the fire on November 8, 2018, CAL Fire said in a news release.